The Compost Bin: All sorts of compost enclosures can make an effective compost ‘bin’. A simple ‘conical’ black plastic bin works well when space is at a premium. A bin makes it relatively easy to best use what you’ve got and to balance the essential ingredients of carbon, nitrogen, air and water in the composting process. You want something very simple that’s:

A cost-most design available locally is the slightly conical Gedye bins available in 3 sizes from Bunnings. The most popular seems to be the largest (220L, about 710mm tall) although they are also available in smaller sizes. The 220L bins are about $60 each in-store. However if purchased through Port Adelaide Council you get a significant discount – they end up $40 each! Order form here.

A Compost ‘Aerator’: Air and water are essential ingredients for most regular composting processes. The compost mix cannot be allowed to compact too much, become water-logged or oxygen starved. If it does, bacterial and insect activity will diminish and composting processes will stall. For an open or a 3-sided bin on the ground (a garden heap, wire or pallet enclosure) simply turning with a garden fork will do the trick. However turning the mix in an enclosed bin can be tricky. A compost aerating tool may be a good investment (see below).

A Mulcher: If you have a large garden with lots of vines, trees etc you may find that a simple electric mulching machine is an excellent investment. Composting woody or ‘twiggy’ materials, hard-surfaced or waxy leaves, vines and reeds requires specific varieties of lignin-loving fungi. These materials will not break down easily or effectively in a compost bin targeting household waste. Putting them through the mulcher will make them much more amenable to bacterial and fungal digestion and much more compostable!

Installation: Figure out a convenient spot for your bin where it’s easily accessible but not in the way. A lightly shaded spot is a good idea – intense sun (and heat) should be avoided where possible.

The Base-layer: It’s recommended that you start your bin off with a thickish 10-150mm base of brush, straw and other ‘browns’ –garden or chook shed sweepings, torn newspaper etc. This will provide a decent layer of air and ‘carbon’ materials at the base of the composting ‘column’. If you can get some chook yard sweepings (straw and chook manure) for this layer you’ll also have the makings of a ‘super-charged’ base for your compost bin! Otherwise you can just get some chook or cow manure and chuck a couple of shovelfuls in with the first layer of browns.

Layering: You then proceed:

The Lid! Keep the bin lid on and/or the contents covered as this will encourage insect, slater and worm activity (worms in particular dislike light).

Filling the Bin: There are many on-line guides to ‘filling’ your compost bin. As the bin fills up you should turn or mix the contents every few days. This mixes ‘carbon’ and ‘nitrogen’ components to maximize biological activity, introduces essential oxygen into the mix and allows the addition of water, essential to bacterial activity.

Water & Air: Both are essential ingredients for compost success! The mix should be moist to touch, but not soggy – just enough moisture to keep the bugs happy, but not enough to drown them! Alan Shepherd reckons the mix should feel like a wrung-out sponge. Composting is an aerobic process! Worms, slaters and – most importantly – bacteria, are all air breathing creatures so they need ready access to air. Hence the need to manage water content and keep the oxygen content up by suitable mixing (or use of the perforated central pipe).

Getting the Mix Right: The Compost Info Guide (see references) has a great introduction the getting the ‘mix’ right. Just think in terms of roughly equal quantities of ‘Browns’ and ‘Greens’ plus of course water and air. It’s not complicated but you do have to watch what’s happening and get a feel for it! The two key ‘rules of thumb’ to follow are:

It’s also probably a good idea to put those things that will take longest to break down (twigs, tougher leaves, wood chips, sawdust etc) towards the bottom of the pile or bin.

Multiple Bins? Having 2 or more bins is a great idea. There are several phases in the microbial and insect digestion of compost which we won’t go into here, but which obviously require time. Think of good compost as requiring ‘curing’ and ‘finishing’ before being turned out into your garden. When complete you want an active compost with lots of live bacteria present, but you also want most of the digestion to have occurred so that soil nitrogen and other nutrients will be readily available to your plants. Otherwise you may see ‘nitrogen draw- down’ in your soil where excessive bacterial activity consumes soil nitrogen and starves your plants which need it to grow!

The idea in having more than one bin is to keep composting after your first bin is full. It can take a month or two for the full bin to ‘cure’ sufficiently so with a second bin, you can simply move on to filling it while the first one finishes off. When you judge the first bin to have fully ‘cured’ you can empty it, perhaps turning the new compost regularly over several weeks until it has acquired a finer, even consistency. If there are too many twigs, egg shells or other unwanted items present you can put it through a coarse sieve before digging it in to the garden.

Managing Temperatures: It’s a good idea to manage the temperature in your compost bin. You probably can’t do a lot to keep it warm in winter, although a bit of carpet, flooring felt or old blanket on top of the mix under the lid may help. However it’s important to avoid it getting too hot in summer. This is why it’s best to place the bin in a lightly shaded spot and perhaps cover it with some carpet or an old blanket on really hot days. If the upper parts of the bin get too hot the insects and worms will depart and ‘digestion’ will slow down – not what we want!

Worms:  Special Worms? You don’t need to purchase the special compost worms sold at garden centres and elsewhere for your compost bin. They’re great for a worm farm – but that’s different matter. For your bin, ordinary earthworms will be fine. These will inevitably come up from the ground through the base of the bin as the biological activity of its contents increases. Or you can just throw in a shovel-full of earth from a garden bed or another bin that you know already has rich ‘wormy’ soil or partially digested compost mix.

‘I’ve killed my worms!’ Earthworms will come and go – but they are hard to ‘kill’! They don’t seem to like excessive heat and so may retreat to ground level if your bin gets too hot in the sun. They also don’t like a waterlogged mix if your bin’s contents get too wet! Remember that worms do not actually ‘eat’ kitchen or garden waste – they feed on bacteria and other tiny organisms in the soil. So you need to encourage and complete the bacteriological phases of digestion in your bin first before you can expect to see worms present. If you’re seeing worms you can presume that your bin’s digestion processes are probably proceeding nicely! 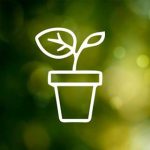 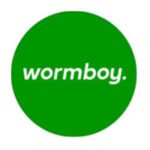